The National Environmental Policy Act (NEPA) requires projects involving a federal action to be evaluated for potential environmental impacts. The NEPA process was followed during the preliminary design/environmental studies stage of the project. 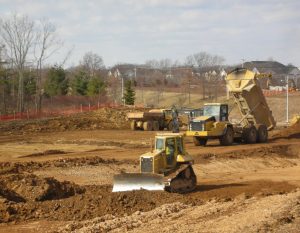 Below are reports from Noise Analyses completed during the Design Phase of the U.S. 322 Projects.

Click the PDF icon to view each Noise Analysis Report or use the buttons on the right (desktop) or bottom (mobile) of your screen to download the corresponding PDF file.

Within the project limits, U.S. 322 (Conchester Highway) impacts 17 streams (11 crossings and 6 lateral encroachments), none considered high quality fishing waters. Sixty wetlands areas were identified and delineated in the project area. Most of the wetlands are relatively small in size and many extend outside and beyond the limits of the U.S. 322 (Conchester Highway) project corridor. Historically, most of the wetlands in the area have been filled, graded, or otherwise disturbed as part of ongoing development. It is estimated that less than two acres of wetlands will be permanently impacted. Mitigation plans to minimize and compensate for unavoidable stream and wetland impacts were developed during final design as part of the waterways permitting process and are now being built. 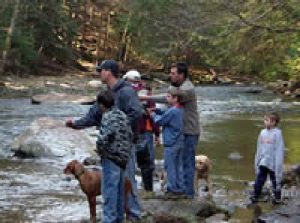 Other notable environmental resources within the study area include floodplains, a population of a Pennsylvania Rare Plant Species, scattered clusters of residential and commercial development, pockets of adjacent agricultural lands, the county-operated Clayton Park Golf Course and Park (located in Concord and Bethel Townships), and seven historic properties considered by the Pennsylvania Historical and Museum Commission to be eligible for the National Register of Historic Places.  All historic properties will be avoided and impacts to the county park will be mitigated using landscaping.

The findings of the Environment Assessment (EA) were presented to the public at two public meetings held in fall 2001. After receiving and addressing public comments regarding environmental issues associated with the preferred alternative, the EA was submitted to the Federal Highway Administration (FHWA) for approval. On July 16, 2002, the FHWA issued a Finding of No Significant Impact (FONSI) indicating that the project has no significant environmental impacts thus permitting the project to continue with the preliminary design phase. The preliminary design was approved and Final Design activities began in 2003.